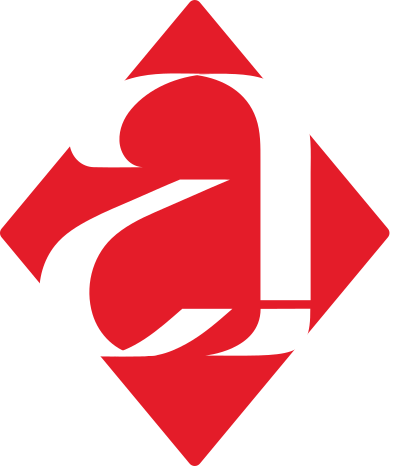 Sci- Fi Drama -  Maximum of 14 CHARACTERS ONLY - BOOK IN, THEN  CHOOSE YOUR FAVOURITE CHARACTERS AND WE WILL NOTIFY YOU OF YOUR ROLE.

The year is 2050 and the world has spiralled out of control since the Pandemic of 2020. Selected Families moved to underground bunkers, where the children were promised they would be safe until a new world was established.

In one such Bunker, a group of children from mixed families await the return of their parents. But they seem to be taking longer than expected. When oxygen reserves are seriously depleted, the group has to try and find a way to fix it. When a mysterious figure appears things take a turn for the worse.

CHARACTERS-*Can be played by any gender

*Charlie - Finds the Bunker Daunting and scary. They are unsure what awaits them above, and feel like they are less than ready for a new world. With the grown ups missing without a trace their tension rises. While scared they find their courage when they have to protect the tribe.

Blaze - A man of action, Blaze takes moving into the new world seriously. He trains hard, eats well, and looks to make weapons where he can. His favourite pastime is making weapons. His motto is to be ready for anything and he always is.

Sally - Is the voice of reason - calm under pressure, and able to try and find solutions, she is an important member of the team. Generally, able to diffuse conflict, she is the girl that has great brains but with an irrational fear of spiders. In an underground bunker, this does tend to make life hard.

Sharpai - She is a snob, and has not enjoyed the Bunker experience. She is the daughter of one of the Scientists and feels that she deserves special treatment. She uses her fathers position as a motivator to make people do what she wants. She is quite lazy when it comes to physical labour and enjoys having her younger sister, who adores her, do everything for her.

Celia- Celia is the younger sister of Sharpei and adores her. While most of the others find Sharpei annoying and overly privileged, Celia thinks she is amazing, She is her echo, her back up at all times, and will bend over backwards to help her. While she starts this way she eventually has her blinkers removed and sees her sister for who she really is.

*Jay - The Youngest Smythe but nothing like the other two, Jay finds their siblings annoying and wishes that they could be adopted by another family. Only just younger than Celia, they won’t obey her much to Celia’s frustration. Jay sticks to their guns and eventually shows what it means to be a Smythe, AND not annoying and pretentious.

*Billy - Billy is a clown and despite being in an underground bunker, doesn’t take anything seriously. Is Comic relief in this story, and has an uncanny ability to overreact, and to pull a prop or costume out of their supplies...even though they were told to pack lightly.

Barry, Harry and Larry (These names are place holders and will depend on who is cast)  - The triplets are like 3 peas in a pod. These guys are by the book all the way. They rarely disagree and when they do they don’t for long. They weirdly finish each other sentences and know the manual for surviving in the bunker back to front, they are strangely low in all emotions.

Sharnie- Sharnie is lovely, she is kind but also an airhead who doesn’t really get what is going on. Everyone has common sense but this is less common with Sharnie. She is intrigued by Janga, the mysterious lone wolf of the group, but seems unable to take a hint that they don’t want to communicate.

*Janga - The dark tormented soul of the group. Time in the bunker has left them jaded and with a strong bias to not trust others, not communicate with others and not play well with others. There is something that they are not sharing. A secret, or maybe the fact that they are really afraid. Truly a lone wolf.

HOW DOES IT WORK?

How is it even possible to make a film in only three days? Our expert coaches will lead students through the process they've followed countless times. Students will wear multiple hats both in front of an behind the camera to bring this project to fruition. 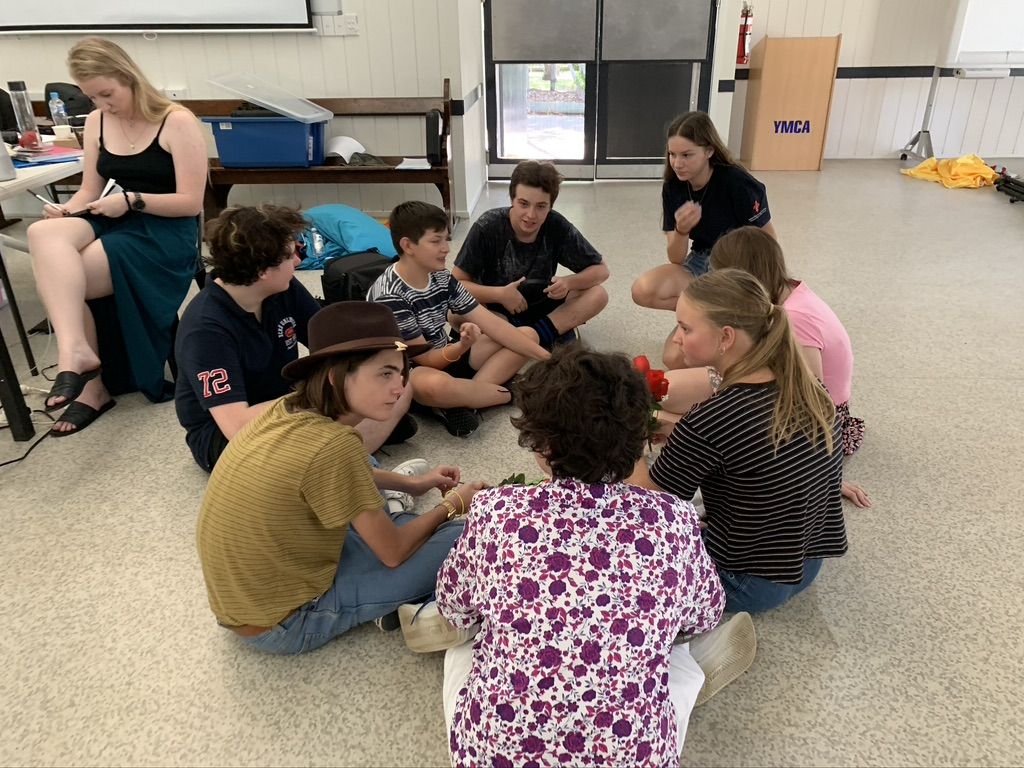 DAY 1
Having been told before the workshop which character you will be playing, the morning of day one is spent meeting your creative film making team and then building your character. You will then learn about the plot points and  begin to rehearse your scenes. If you get some creative flow happening you may get the first shot in the can. 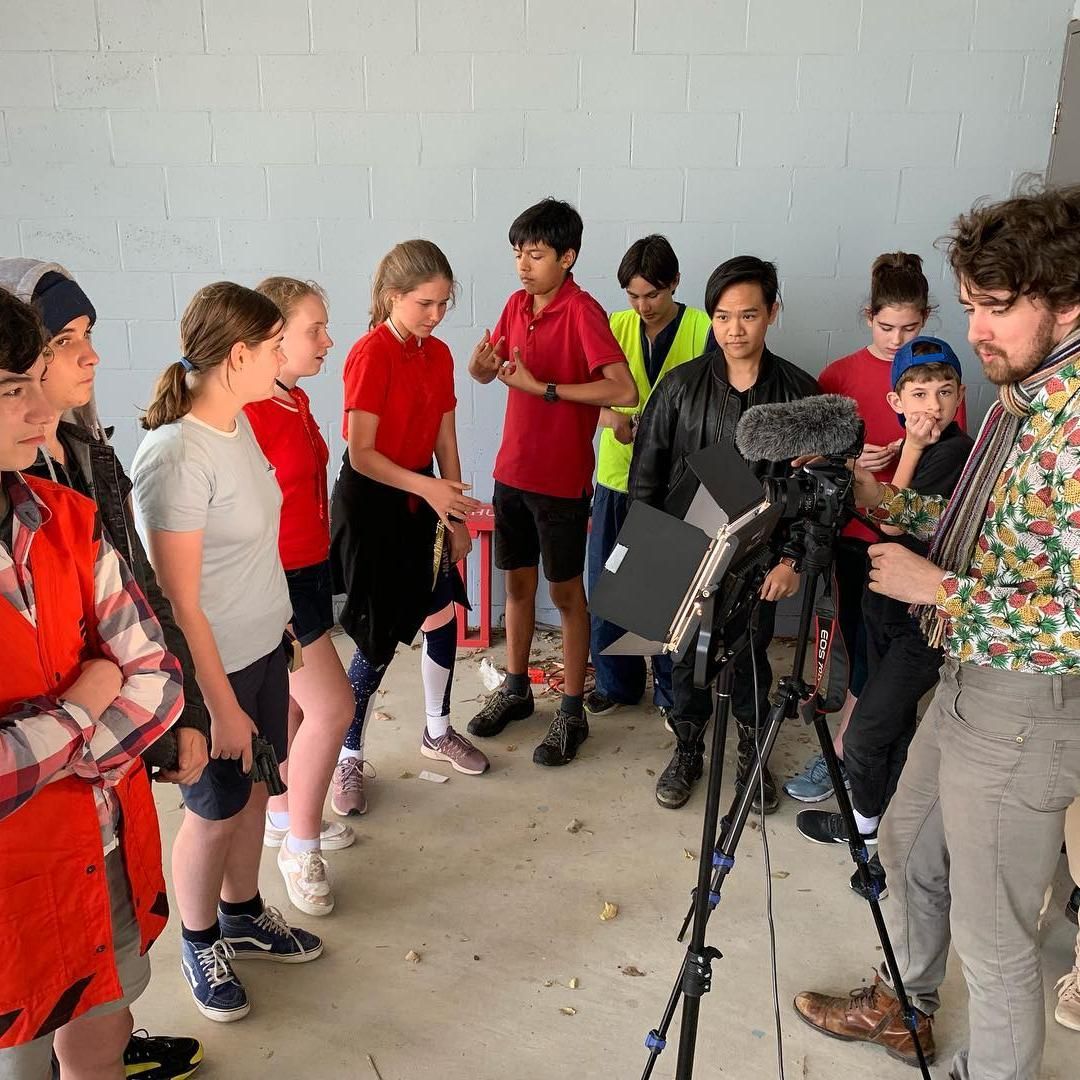 DAY 2
By day two we have started to rehearse scenes and get filming! You will be  on set for  most the day, eating lunch on the run between takes. There won't be much rest today as  the rule with fast film making is get the shot before we run out of time.  You will be impressed with yourself and your team to creatively problem solve, and come up with cool ways to tell your story.

DAY 3
The rubber really meets the road as you are racing against the clock to finish the film. There be sweat and laughter as everyone pulls together to make the film complete. Once the filming is done, we send off the footage for professional editing and sound design. Then, eight weeks later, you will be sent a link to your original film 'The Bunker'. Starring you! 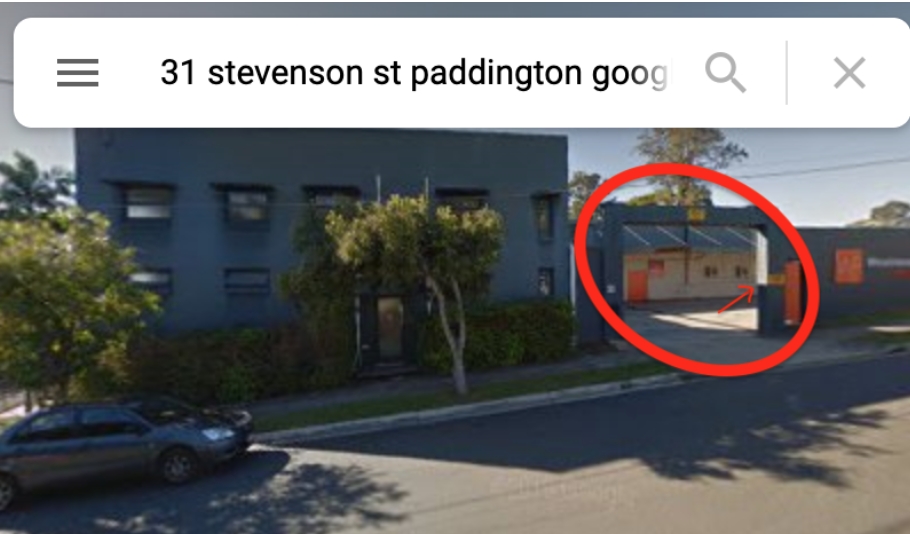 Come in the main gate and head round to the right. Come to the very end, turn left and walk down the corridor to our offices.